Let us help you visualize your pharmacological mechanism of action. We will actualize your novel molecule, illuminate the binding site, and follow the cellular pathway; all while illustrating the biological effect on the body.

Disease progression occurs on all biological levels. Help educate your audience visualizing disease states and the progression of disease.

Having invested so much on the research and development of your medical device, showcase all that it is made of. Start with the material science, how it’s crafted and then demonstrate its functionality and describe its health benefits. Turn your data into a realized product demonstration.

Using new tools for presentation, immerse your audience with 360 video and virtual environments. We will work with you to create experiences that cannot be communicated in desktop or mobile alone.

Let us work together to turn your data into engaging interactive graphics.

Biomedical education and work experience in the healthcare industry helps us parter with you to find solutions for your visualization needs. 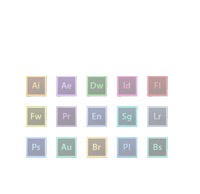 
Art and Science deliver your message

Using rigorous research and partnering with your ideas we aim to create the most compelling most educational imagery.

Example of mechanism of disease. This interactive demonstrates a mosquito as the vector of disease.

Early detection through screening, more effective treatments, reduction of exposure to risk factors and equal care for people diagnosed with cancer contribute to reducing the burden of cancer in the United States. Americans' risk of dying from cancer continues to drop, maintaining a trend that began in the early 1990s. However, the rate of new cancers remains stable. Death rates decreased for 11 of the 15 most common cancers in men and for 10 of the 15 most common cancers in women. 1.Winning the war against cancer.

Cancer is a group of more than 100 different diseases characterized by the uncontrolled, abnormal growth of cells that form a tumor. Some cancers, such as blood cancers, do not form tumors. Benign (non-cancerous) tumors may grow, but they do not spread to other parts of the body and are usually not life threatening. Malignant (cancerous) tumors grow and invade other tissues in the body. Cells from malignant tumors can also break away and travel to other parts of the body, where they can continue to grow, a process called metastasis. 2. Cancer is not one disease but dozens of diseases.

People of all ages, including children, can develop cancer, but most cancers occur in people over the age of 65. Certain risk factors that increase the chance of developing cancer are old age, tobacco use, overexposure to sun, ionizing radiation, certain chemicals, some viruses and bacteria, certain hormones, family history of some types of cancer, alcohol abuse, being physically inactive and obesity. By avoiding known risk factors, cancer risk may be reduced. 4. Cancer is primarily a disease of older people.

Many of the tools used for medical animation are the same tools used in the visual effects industry.  Storyboards provide the voice-over narration synced to a previsualized drawing or render. They set the key players and concepts and organize the storyline.  Once the storyboard is finalized, the artists begins modeling the scenes. Each object in the scene needs to be built in a virtual fashion as you would with a real-world structure.Each model required it's surface and physical attributes described with color, material, and texture. The scientific storytelling requires hours of research to cinematically tell the story accurately. Lights, Camera, Action! Lighting illuminates the scene to define the form and mood. A virtual camera   captures the 3D environment, in some cases, the camera is kept still so as not to confuse any storytelling or compete with animation of objects on the screen. Most often the camera will need to be animated as a cinematographer would tell the story. At this stage, it is important to have the final narration in place for the animators to sync the animation. Fundamental animation includes rotating, translating and scaling objects in space. With characters that means rotating each bone for each pose. Rigging is the term for the drivers of bone animation where underlying forms deform the shapes viewed on screen.  Once the modeling, textures, camera work, lighting, rigging, and animation are complete the computers and servers can begin rendering the frames. For many cases, this is 30 frames per second. A 3-minute animation will need 5,400 frames to be rendered. In most cases, each frame is a composite of multiple renderings. Which if tripled comes to 16,200 frames. Once complete it''s time for post-production includes sound design, effects and editing. Each one of these elements must be timed with keyframes to match the sequence. Text, leader lines, and other descriptive overlays are also layered on at this time. These frames are then composited in specific software and once again a computer is set to render all of those frames with the new post elements.  A sample delivery schedule demonstrated the stages of production and client review.

A sample delivery schedule demonstrating the stages of production for client review.


Get in Touch with Us

Some factors to include: